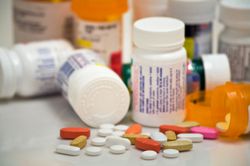 Drug defect claims and the associated litigation are complex and varied. All drugs sold for human consumption must be approved by the Food and Drug Administration. Those injured by defective drugs must prove that the defect that injured them was not disclosed to the FDA by the drug manufacturer during the FDA approval process. Defective drug claims are rarely pursued as individual lawsuits. Drug cases are sometimes pursued as federal class actions but are more often pursued in multiparty multidistrict litigation commonly referred to as MDLs. MDLs are managed by the federal courts and each has their own rules and procedures. As an experienced Tyler Injury Lawyer, I understand drug cases that are originally filed in Tyler or other East Texas courts are often combined into a single case in another area of the country.

While there may be thousands of lawyers representing the victims in a particular defective drug MDL the litigation itself will be managed by a committee of victims’ lawyers. Our firm has represented victims of a variety of defective drugs including Fen-Phen, Vioxx, and Celebrex.

BOARD CERTIFIED IN PERSONAL INJURYContact us for a Free Case Review